Passionate about curiosity as a kind of currency, both in terms of value and exchange, Skye Loneragan is an award-winning writer/performer whose work spans theatre, poetry and live art.

Her first solo work Cracked, (directed by Zinnie Harris), won an Edinburgh Fringe First, her 7th and most recent, (Though This Be Madness) is currently Covid-paused, a live show touring with (and originally premiering with) SMHAF, thanks to support from Creative Scotland. She has now made this into Though This Be (online) Madness!!!! thanks to the Scottish Mental Health & Arts Festival. Solo pieces include The Line We Draw (what is the line we draw between ages and artforms?- Flint & Pitch at Scottish Storytellers Centre, Subtlenuance Theatre Sydney, following The Arches), This Impossible Rim (as Wigtown Book Festival’s 2016 writer-in-residence), Unsex Me Here (‘What has the Raised Calf got to do with getting somewhere?’ – The Pleasance, following The Arches) & Plucked of Purpose – the Adventures of PB (‘how does our striving to fulfill ourselves link to landfill?’ – Crack Theatre festival, Aust, following The Arches Glasgow).

Skye is Lead Artist and creator of the public art engagement strategy, ‘Q-POETICS‘, (poetry in queues), which premiered at the Sydney Writers Festival 2013, opened the Kelpies, was part of Cultural Programme for Commonwealth Games, Festival 2014. Q-poetics worked with Wigtown Book Festival to connect residents of Dumfries & Galloway through the bus tour for Spring Fling 2016. Q-poetics emerged from the public art engagement strategy, Making a Map of My Mistakes – working in places/spaces of waiting and with the New Victoria Hospital Glasgow.

Recipient of a New Writers Award for the children’s play, How It Became The Talking Stick, and FST bursary for her research into writing for performance, Skye’s residencies have included Playwright in Residence for Visible Fictions Theatre Co, out of which came the play for young people, Mish Gorecki Goes Missing (Tron Theatre), shortlisted for three UK awards. Touring her performance poetry abroad to Asia-Pacific, 2011-2013, she’s featured poet with the Sydney Morning Herald online app & Sydney Poetry Prize winner 2012. Her poem Glasgow (We’ve All Been Here Before) was commissioned for theatre, Whatever Gets You Through the Night (directed by Cora Bissett). Poetry publications include contributions Buying Into The Property Market (GRIST Anthology UK, editor Simon Armitage) and The Grin Of Our Choices, (Abridged Magazine, UK).

“Loneragan is such a gifted and engaging performer, both in words and movement, that the quiet integrity of her unadorned staging finally comes to seem like a gift; in a show that talks of madness, but also of how women’s lives, honestly described, always tend to defy the norms of our culture – including our ideas of sanity and exactly what it might look like.”
– Joyce McMillan, Scotsman, THOUGH THIS BE MADNESS 2018

“In a kind of acute free verse rendering that might’ve come from Shakespeare were he alive today and on uppers, Loneragan poses provocative questions with the most vigorous, surefooted delivery imaginable.”
– Crickey, THE LINE WE DRAW

“It takes an artist of some budding genius to generate an idea this simple and this brilliant.”
– Joyce McMillan, The Scotsman, UNSEX ME HERE

“…a colourful litany of love lost and found and the comforts of madness in the face off an all too serious big, bad world of adulthood. ….take your time to be small is Loneragan’s overriding instruction…”
– The Herald, Neil Cooper, THE LINE WE DRAW

“…no one notices that Mish Gorecki has actually gone missing. No laughing matter, and yet writer Skye Loneragan contrives, without being facile, to flip the potentially grim scenario of Mish’s messy existence into something genuinely life-affirming and hilarious to boot”
– Mary Brennan, The Herald, MISH GORECKI GOES MISSING

“A tiny, but almost perfect show….a haunting reminder of some of the big questions asked.”
– Joyce McMillan, The Scotsman, CRACKED. 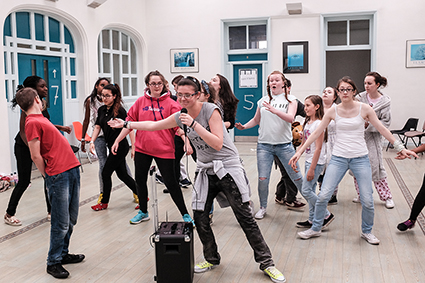 Skye created ‘Word of Mouth’ – the spoken word project for young people interested in performing their own writing. With a large cast of mor than 25 11-24yr olds, she wrote, – Read more… 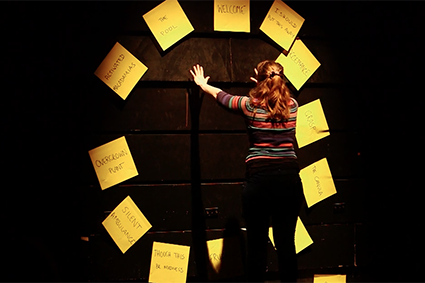 How can we nurture our collective sanity? Desperate to Stay On the Ball, a recovering mum and sleep-deprived teat attempts to…finish a sentence. Unable to reach her sister Ophelia, who wrestles sometimes – Read more…

Collaboration with artists Akshayee Shetty & Colin Begg. A partnership with The Tramway & Glasgow Life through Cashback for Communities 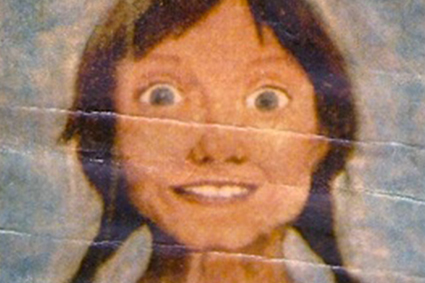 STAYING AWAKE FOR YOU

A very short play about a depression

HE and SHE are in consultation with each other.

He tries to help – Read more… 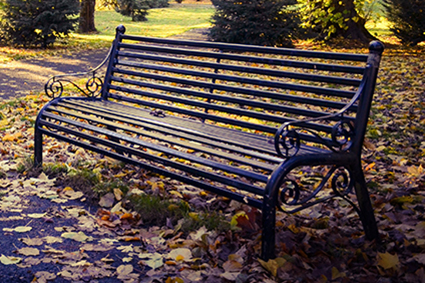 How can we knit communities together through a re-consideration of green spaces between us? 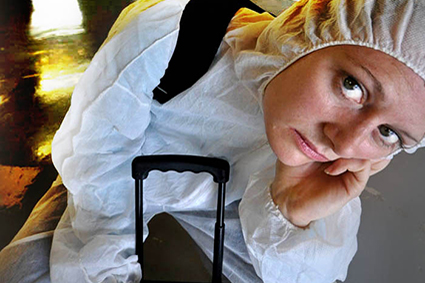 PLUCKED OF PURPOSE – THE ADVENTURES OF P.B.

A perfromance / and installation: Plucked of Purpose questions the value of tying who we are to what we do, what we have and what we’ve been – Read more… 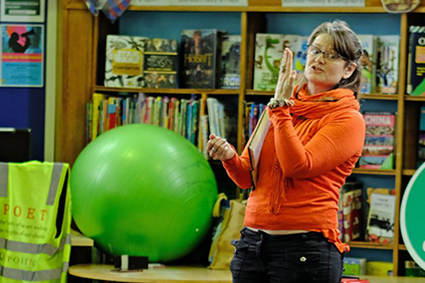 I’ve worked on a range of different approaches to writing both poetry and playwrighting within schools with a huge age range. Key to these approaches is – Read more… 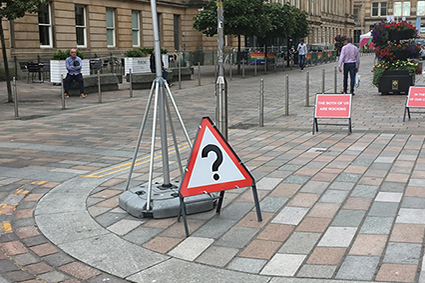 ARTS IN THE CITY

Young people between foster care, in 18 care homes across Glasgow city. Working in collaboration with digital artist and founder of Sense Kaleidescopes Banglaore Akshayee Shetty, this was a rolling – Read more… 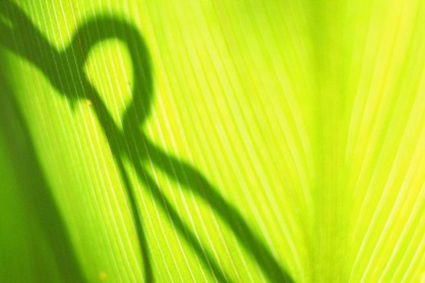 MAKING A MAP OF MY MISTAKES

An ongoing research project which began as an exploration in art & healthcare with patients and staff of the New Victoria Hospital, Glasgow.

The first phase of the project – Read more… 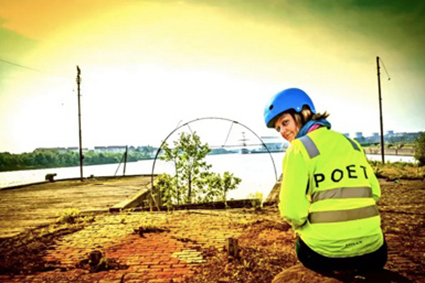 The POET & POETRY in places & spaces of WAITING – QUEUES.

All of it hinges on the arousal of curiosity. Q-poetics does not impose a performance, a poet or a poem on those lining up – Read more… 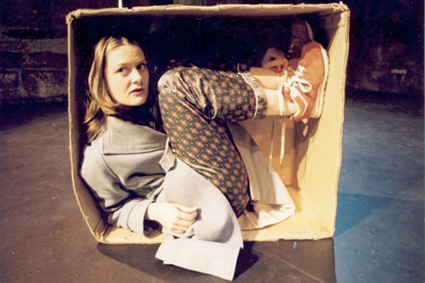 With all the focus on avoiding ageing, illness and pain, where is all the youth, health and pleasure? 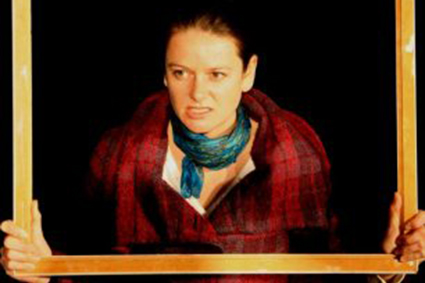 THE LINE WE DRAW

A quirky, philosophical verse piece about the line we draw between art-forms and ages…

The piece addresses the child within, questioning what we deem appropriate for children, and what constitutes a ‘play’. 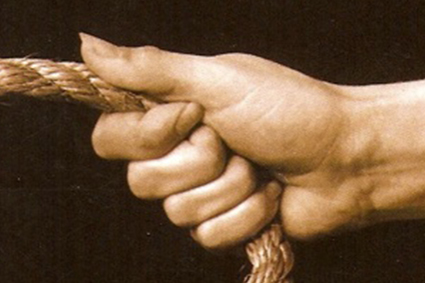 How do you grieve someone who’s still alive?

Hope has lost her father…. trouble is, he’s still alive… and thinks he wrote the Bible. Everyday Roger Brimming swims out to sea – but not back – – Read more… 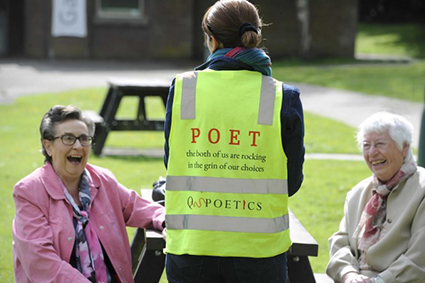 ‘How we can connect across distances and art-form divides?’

I journeyed with those coming to see the visual art festival, Spring Fling, sharing performance poetry on the bus tour and performing a – Read more…

Writing in situ, leaving anonymous poetry between the books on the shelves in envelopes labelled, ‘FOR YOU’. 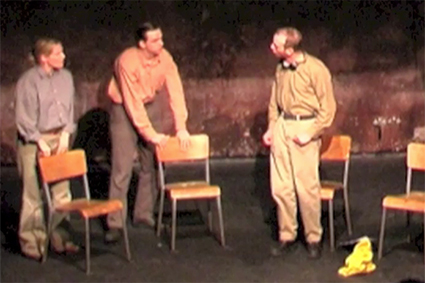 A LITTLE LAUGH I LOST SOMEWHERE

A part-written, part-devised piece, the play explores aspects of the same grounded, jobless pilot who seeks to soothe an unquenchable thirst, a lost purpose, a broken heart, finding themselves stuck – Read more… 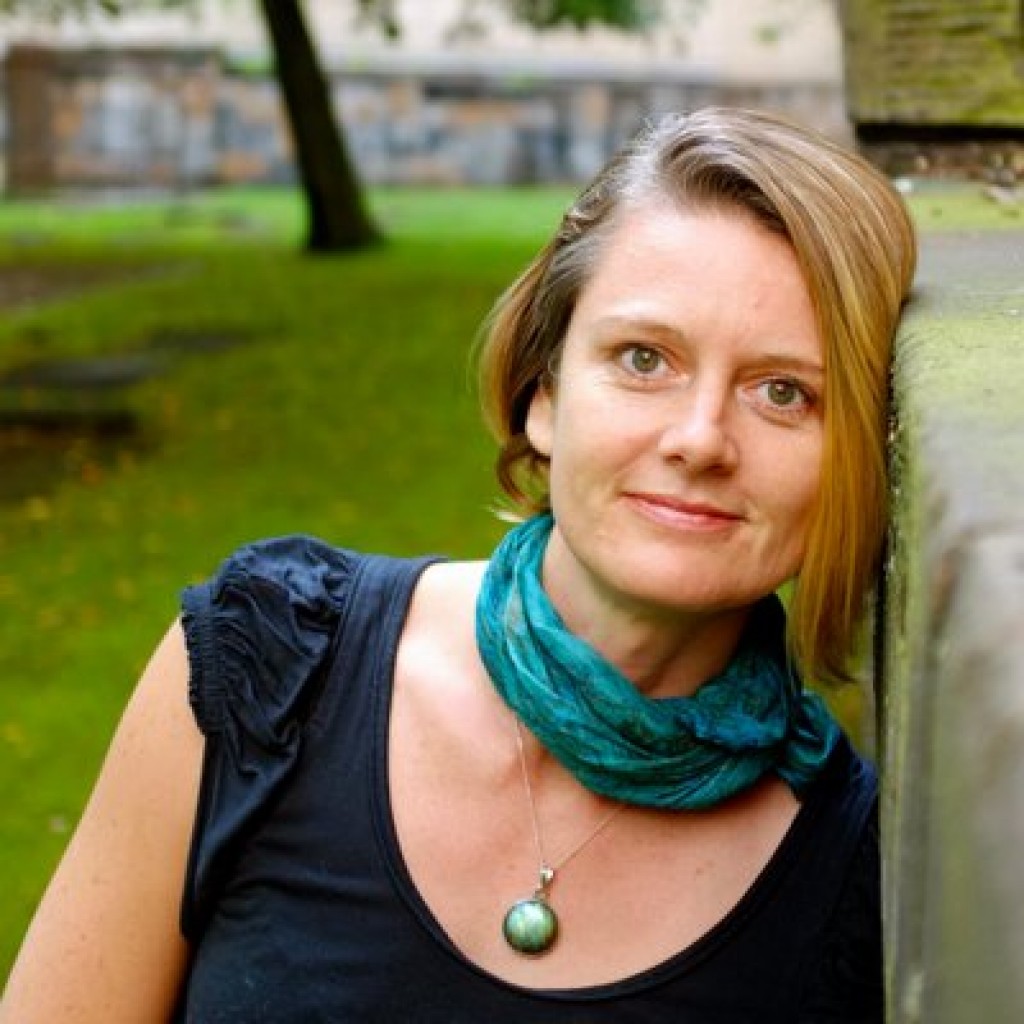